Written by Jennifer M
2 years ago

This is a black and white photo of rapper Nas below the Queens Borough Bridge in New York back in 1993. Nas is pictured in the bottom right corner of the frame, with the side of the bridge at an angle behind him, He is wearing a jacket with collar turned up and a necklace with a cross medallion. The title and date is handwritten at the bottom of the photo along with the signature of the photographer. Nas is an African American artist who was born 1973 in Queens, which is why this photo represents where he came from. As an African American you can never understand where you are going unless you know where you come from, which is why I chose this photo. For Nas growing up in Queens Borough houses, which is one of the largest public housing in America he was set up for failure. Living in public housing it is always a cycle of drugs, teen births, and prison systems for African Americans, while Nas dropping out of school and people on the road to the destructive cycle, he was able to arise and lift himself into a better situation. He became one of the most influential African American artists around. Even after the fame and success, Nas visits his old home continuously. I believe that this image evokes emotion for viewers, it shows to not give up on yourself even if you are destined for failure. I even believe this photo evokes emotion for the subject himself, just to look at a picture of his past and to compare it to where he is now in his life says a lot.
Viewing this photo in such a deeper horizon we see the past tangibly through Nas’ old neighborhood, as the old dusty bridge looming over him… presenting how clean and clear Nas’ future is compared to his past. He’s staring directly at the viewer claiming that the world is his with just a glance in his eyes. He has taken over the authority, dominance, power (of the success he has). Although this picture shows the authority and lack of fear in this man’s eyes. He tells his audience a story that even though he has his back turned on the past, he will also respect and honor it as he moves in the present!
Nas came from the projects in Queens and became a successful rapper, whereas Oroonoko was a prince in Africa and became a slave and eventually mutilated in Surinam South America. If Oroonoko were to take a selfie his kingdom of Coramanthien kingdom in African would be in the background…of where he is coming from…but the difference is that Behn has fictionalized this country in Africa orientalizing exotic, romanticized. In reality we would never be able to get a self-portrait from Oroonoko because Behn has created him in such a way that he would never return back to his past.
It is aware that racism is as old as the beginning of mankind. Throughout time slavery has been a large part of our lives, from our past to our future it has always brought itself back up. Whether or not we agree a result of slavery has been racism. Whether or not an African American has class or wealth due to the color of their skin they are still seen as “worthless”. Oroonoko by Aphra Behn is a novel about an African prince named Oroonoko and his wife Imoinda. They are captured by the British and brought to Surinam as slaves. This novel sheds light on the disgust of racism painting a picture of how white colonist were brutal, heartless and racist! Oroonoko who is a wealthy prince loses it all to Whites due to them being superior. As I look at the photo of Nas standing in his old neighborhood I see a wealthy African who has look back on his past. But due to his past that is what most people choose to only see and not look beyond. Is he a slave to his past? As long as humans are alive there will always be racism. An African American could be the President of the United States and all you would hear people argue is “he isn’t a good president, he use to smoke weed in high school”.
Being an African descent you are forced to reach limits that go unnoticed due to your past, but if you yourself are able to look beyond that and know that you are kings and queens, no one can take that from you! 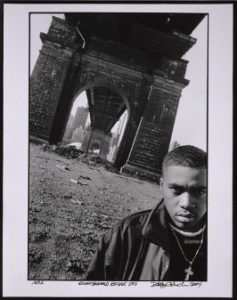