Written by Pamela Vargas
2 years ago 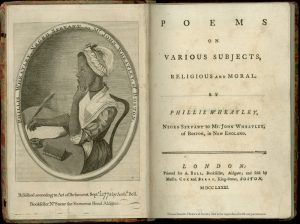 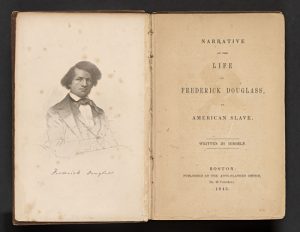 As a slave to John Wheatley and his family, Wheatley worked in doors, and interacted with her slave owners and their children as an adoptive child interacts with his/her new family, with familiarity. Her capabilities for literacy and knowledge demonstrated that she was educated alongside the Wheatley children, therefore the gruesome horrors and struggles that African slaves experienced differed from Phillis Wheatley’s personal experiences, however, her religious values and thoughts on slavery cannot be disregarded. In “On being brought from Africa to America”, Wheatley expresses her ignorance of Christianity and God, while accepting and feeling awakened by such entity; “Twas mercy brought me from my Pagan land…my benighted soul to understand…there’s a God…there’s a Saviour too”, and although her ignorance was of no fault of her own- her “redemption neither sought nor knew”; she became a victim of forced assimilation. The Transatlantic slave trade’s effect on cultural interaction forced assimilation on African slaves in America; religiously, as slaves were molded in losing their identity and adapting their master’s customs. Yet, Phillis Wheatley’s religious beliefs made it capable for her to question the Christian nature of slave owners as it pertains to their treatment of African slaves; she expresses the contradictory background behind the Anglo-Christian-man; idealistically if everyone is God’s children then why were African slaves seen as animals; she describes that “Some view our sable race with scornful eyes”, as ‘“Their colour is a diabolic die”’; because ultimately, “Negros” could be molded as she had been; without savagery, but with knowledge and proper decency. Nevertheless, Wheatley’s approach as an African slave women utilizing an Anglo-man’s form of expression, literacy-poetry, was a demonstration for slaves, that they too could be seen as equals to their masters, not only as human beings, but in knowledge as well. The contents of her poem supports the activist nature that Frederick Douglas demonstrates through his memoir.

Frederick Douglas’s self-written memoir, Narrative of the Life of Frederick Douglas, details his journey as a slave to a freeman; explains the importance of literacy, the meaning or abolition and how crucial it was for him to learn how to read and write, to which he taught himself; although his narrative does not depict in detail his voyage to freedom for protective reason-at the time- his narrative becomes a political symbolism for hope, and contributes to his popularity and position as an abolitionist and orator, and eventually an advisor to President Abraham Lincoln. Douglas’s narrative has a brown-hardcover exterior which seems of a woven material, discoloration and markings on the outer edges, there are imprints on the cover of the narrative, rectangular or square borders with two sets of garnish designs within them; the first garnish was placed up right, while the other was upside down, exposing the title of Douglas’s narrative, which was placed between them. Once opened, the artifact presents two sides, the first was behind the cover which demonstrates an illustration of Frederic Douglas, with his name in cursive font under it; in an era where literacy among slaves was forbidden, Douglas’s memoir was an example of political rebellion, because it depicted the unspoken horrors of slavery, however his existence represented a future where power dynamics would slightly shift, specifically in education. A demonstration of his literacy contradicts the oppressive nature of slavery, as slaves were not permitted to learn or be literate, as it represented an opportunity to rebel against the normality of such times.

The illustration of Douglas as it is presented on the artifact starts strong and bold; clear and detailed around his face, neck and shoulders, yet, as the illustration continues, color becomes less visible, revealing only a silhouette of his posture and demeanor; he sits calmly but firmly, straight ahead. The gradient illustration can be a representation of Douglas’s journey, from being a slave to the man he became. His posture demonstrates a man that is no longer a slave, but that is equal to those that had oppressed him and his people. Similar to Douglas’s artifact, Phillis Wheatley’s illustration of her poetry almost depicts an equality of power dynamic; she is presented as an intellectual-educated and knowledgeable- her poster is proper, as she looks straight ahead, deep in thought; as she sits, Wheatley writes, a testament to her poetry; by her sits a small book, presumably a bible, an affirmation to her Christian religion, and although a slave, her garments seem clean, another inclination of her position within the Wheatley family. Phillis Wheatley and Frederick Douglas were shown as the “refin’d” Negros that Wheatley so passionately spoke of within her poetry.

The transatlantic slave trade’s effect on the individual lives of both Phillis Wheatley and Frederick Douglas forced assimilation, which in turn shaped the understanding of Civil rights. Phillis Wheatley’s poem “On being brought from Africa to America”, approaches the effects of the transatlantic slave trade and slavery from a religious perspective; however, it can be argued that because she became a victim of forceful assimilation, her religious perspective may not be entirely her own, as she became a mold of the Wheatley family. Frederic Douglas’s self-written memoir, Narrative of the Life of Frederick Douglas, exposed the nature of slavery in a way that question politics; his journey from slaver to freedom, and his will and eagerness for knowledge and literacy challenged power dynamics, which ultimately encouraged and inspired many African slaves; literacy and knowledge denounced slavery and inferiority; if a person can think on their own then they cannot be controlled. Furthermore, the writing of Phillis Wheatley and Frederick Douglas might have been held to its limits; even though they had supporters from different races, the unspoken horrors of slavery and the transatlantic slave trade were not to be entirely discussed, therefore, Douglas’s writings in particular, were seemed too radical and too rebellious, so much so that contributed to an era of abolition-political change.